Σ Sigma Hosting is mainly a video tutorial website that make it easier for you to search within the transcript of videos for solutions of problems you might face during your journey in dealing with different webhosting companies. So, we are very sorry if the text is not well organized and we may work on it in the future but for now we hope you get the benefit mainly from the video then you may need to have a look on the transcript. Thanks for your understanding 🙂 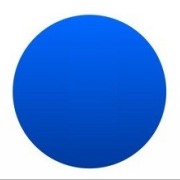 Install WordPress with A2 Optimized on A2 Hosting

Buy Fastest hosting A2 hosting. Learn how to buy.. Step by step.